I know it has been quite some time since I have posted. Marcus and I have had a lot going on! We have settled into our new home and we have been busy immersing ourselves in our new Spanish lifestyle. We have been blessed to meet some wonderful friends; friends we know we will have for life. The Blonski family (Steve and Keri and their 3 kiddos Aydin, Morgan and Liam and their dog Echo) has been so kind to introduce us to some awesome local friends of theirs and we have been enjoying spending time getting to know them.

The past weekend was definitely one I won’t ever forget…our first Carnival celebration! Carnival actually goes on for a couple weeks and last weekend was the finale. It is quite the sight to see here in Chipiona! The weekend kicked off on Thursday with all of the local schools dressing up and parading through town. Each school had a different theme and each class dressed up differently. The school that Aydin, Morgan and Liam attend had a theme of ‘Under the Sea’ (‘Bajo el Mar’). It was so much fun to see all of the kids dressed up. There is some serious work that goes into these costumes, they are all hand made by the parents! 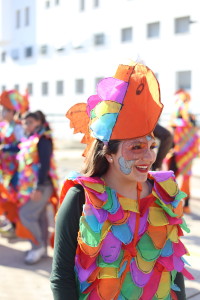 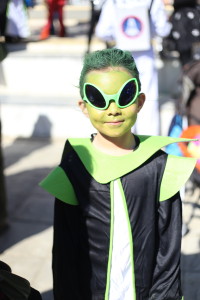 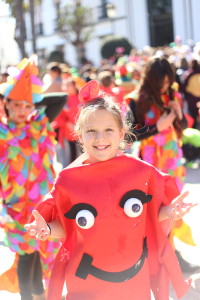 After parading through town we ended up at a square where all the kids hung out and squirted each other with silly string and foam! They had a blast and it was fun to be a part of it. The walk home was fun and I of course took the opportunity to take some photos of some of my favorite kids. 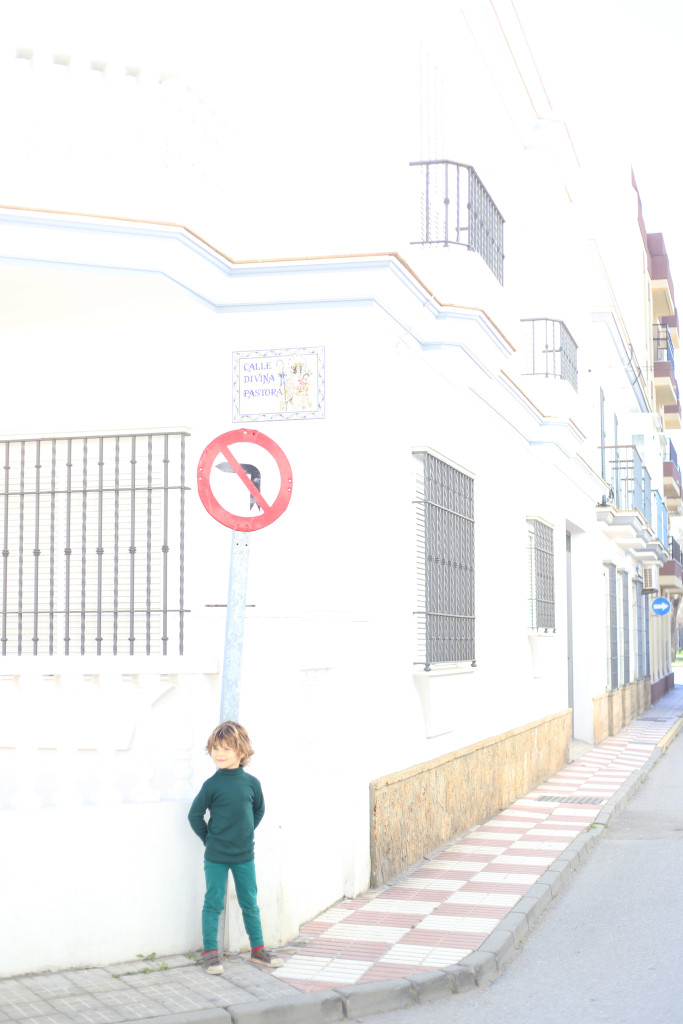 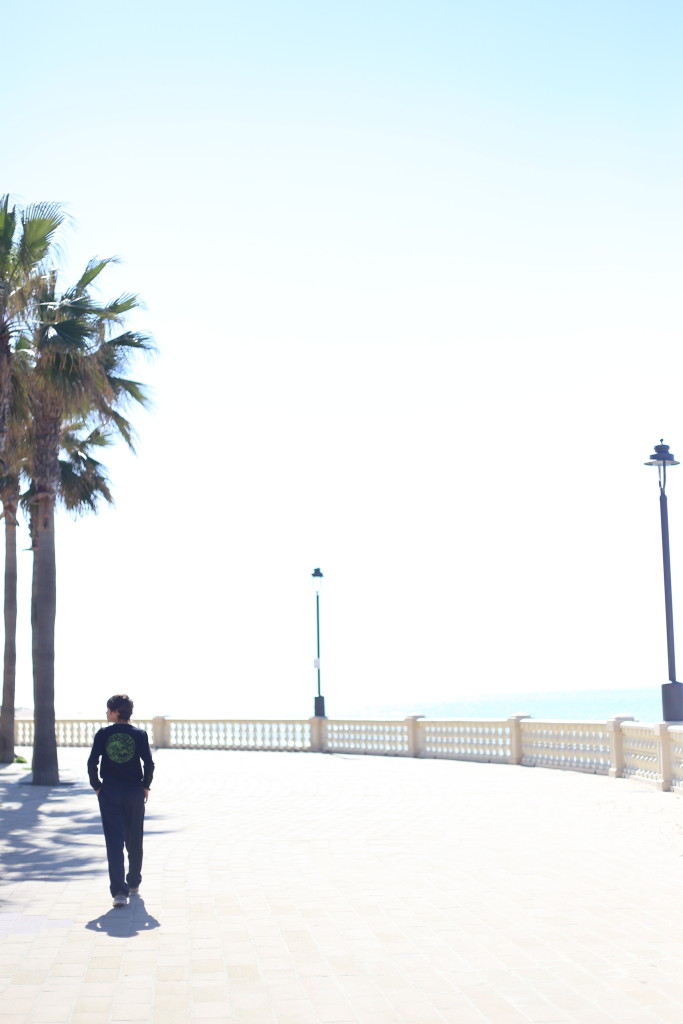 Friday night was the night that we went out into town to celebrate with our friends. Going out to party in Spain is much different than in the US! The party gets started much later and usually goes until the sun comes up, or even later! We stayed out pretty late and we were amazed that there were still people going full speed when we called it a night around 7am. After laying low on Saturday and enjoying the beach, we geared up for the parade on Sunday. We met for a BBQ first at a friends’ house that lives near the parade route. After we had some delicious food we walked to one of our favorite restaurants to watch the parade. It was the most amazing parade I have ever seen! The costumes had so much detail, and the performances were so impressive. The thing I love most about Carnival is the DRUMS!!! We have been hearing them for weeks with people around town practicing, but Friday night and on Sunday at the parade there was a constant beat of drums. I hope you enjoy some of my favorite photos from the parade and get a feel for what it was like! 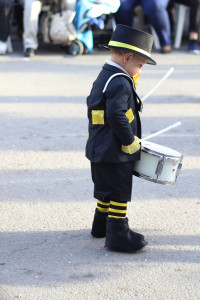 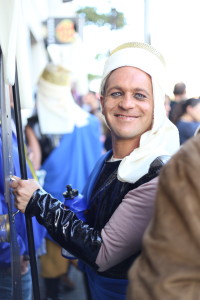 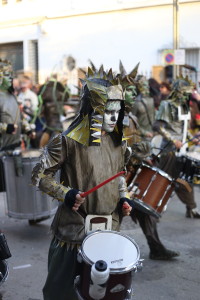 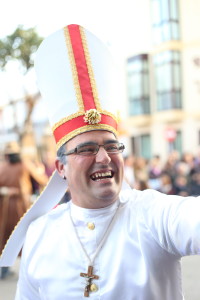 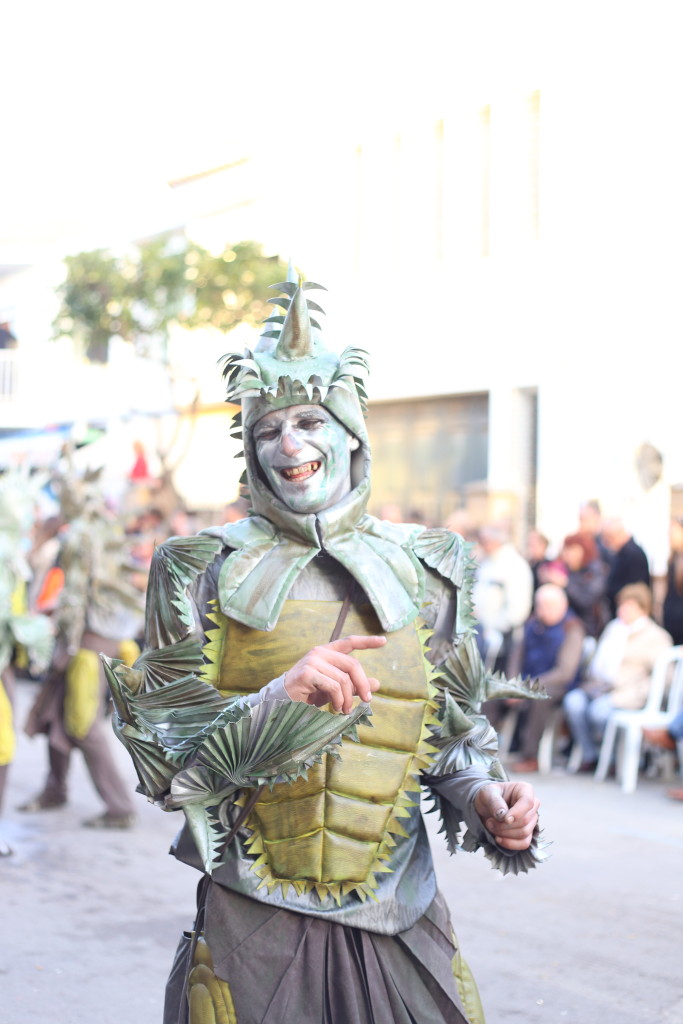 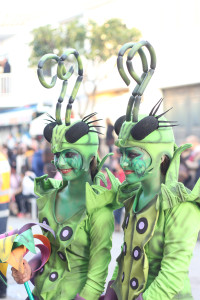 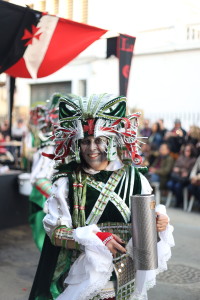 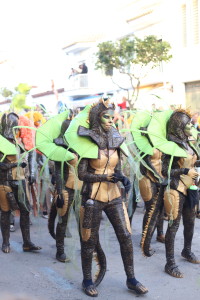 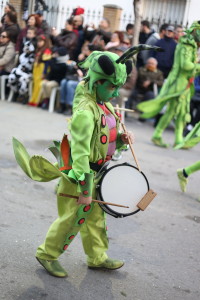 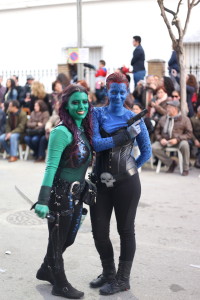 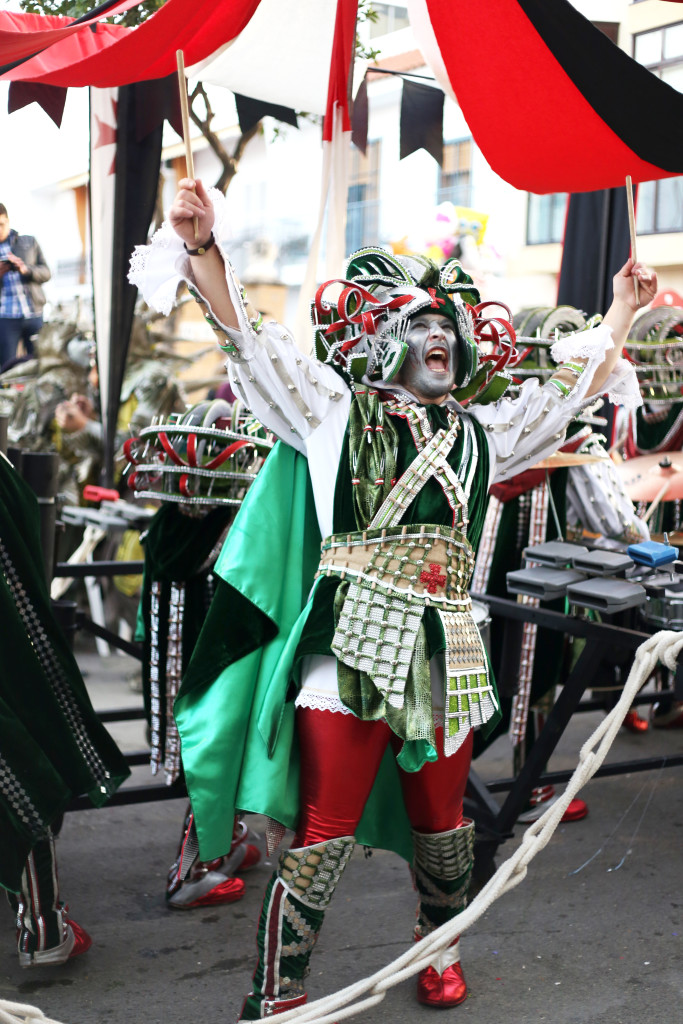 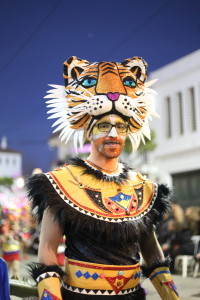 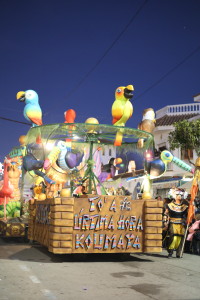 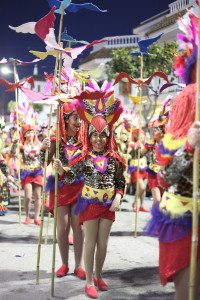 And I also (of course) snapped some photos of our friends and their adorable kids. How could I not? Seriously, look at these faces! 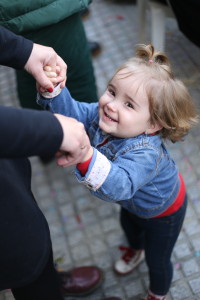 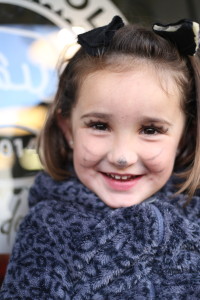 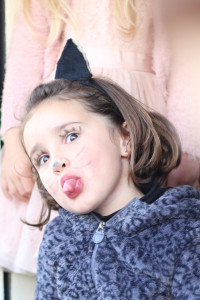 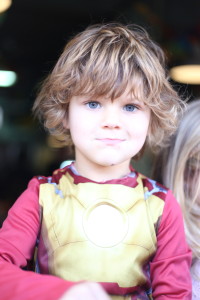 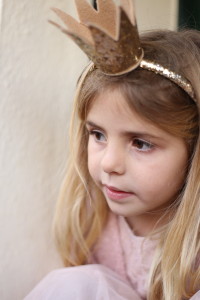 Few things put a smile on my face quicker than seeing a father with his daughter. There is just something so sweet about the relationship with a girls’ first love, her dad, and I admire it. Some of that admiration, I’m sure, comes from not having my father as a part of my life during my childhood. Here are a couple shots that I think speak volumes for the relationships between these awesome dads and their adoring daughters. 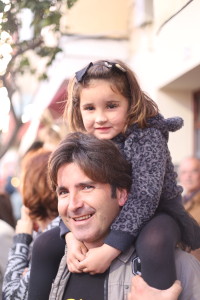 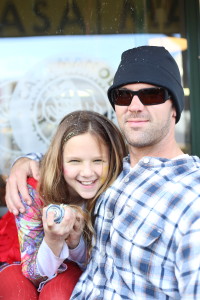 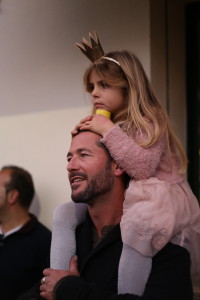 Once the parade was over, everyone was ready to call it a night! It was definitely a weekend to remember. Thank you to everyone who was apart of it! 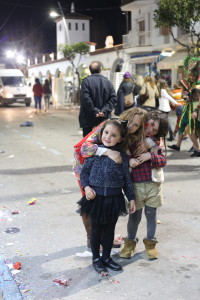 Here is a video of Carnaval so you can see it in action. I can not take credit for this awesome video. 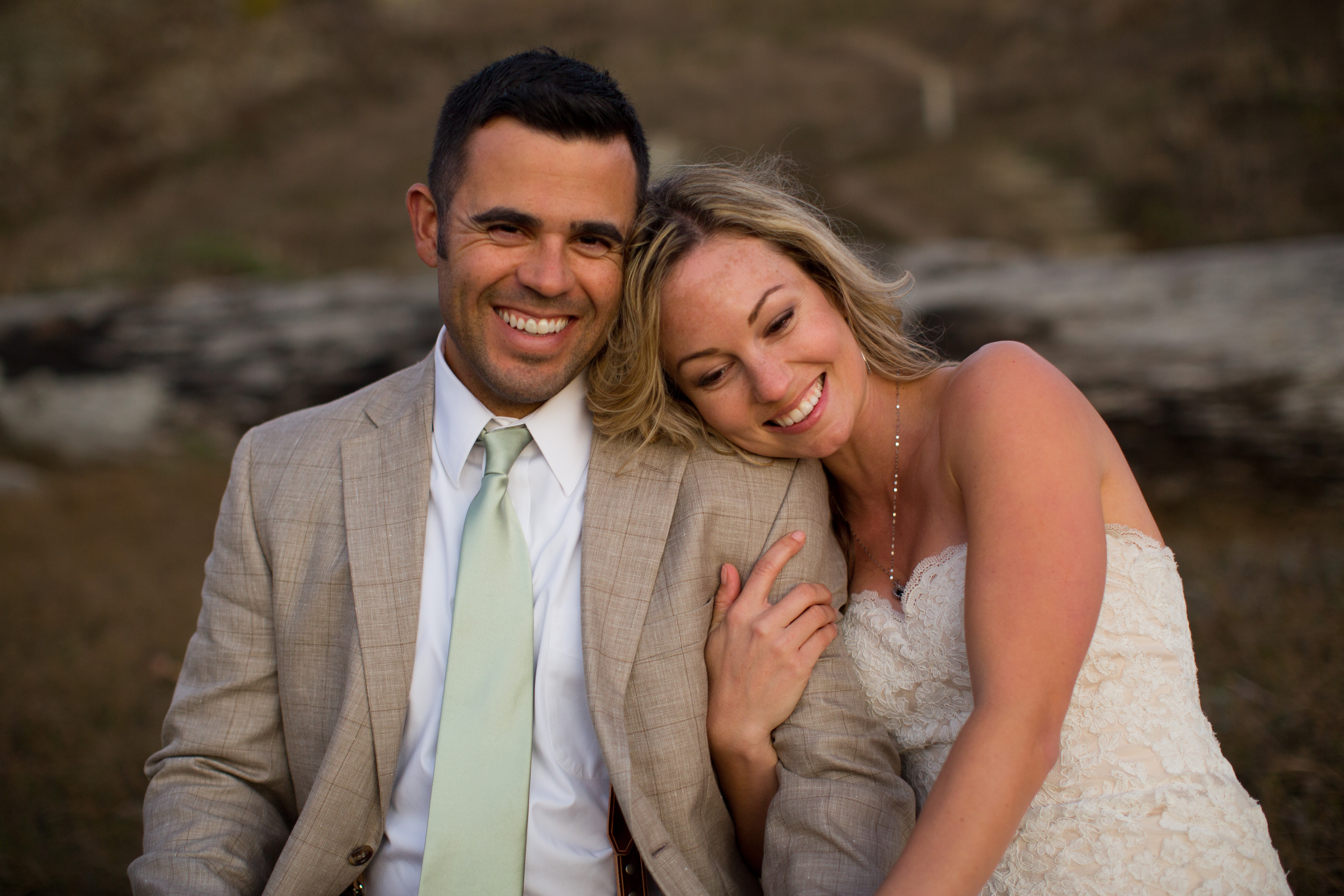